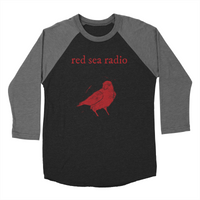 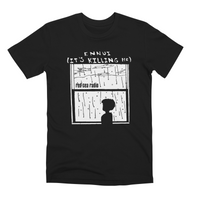 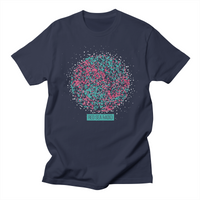 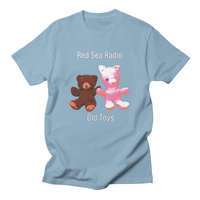 All downloads, and CD (and maybe someday vinyl) sales are now through Red Sea Radio's Bandcamp page.  Visit us here!

Idle Birds in Limbo is now available for download on CD Baby (Click to go to www.cdbaby.com)

11/26/2019 - Our new album "Idle Birds in Limbo" will be available November 30th!  You can purchase CDs from the store link on this page, download from CD Baby (link above), and streaming on Spotify, Apple Music, etc...

Listen to the precenphix Remix of "The King".  The original version is featured on Idle Birds in Limbo, coming soon!

Click here to Visit our Bandcamp page to shop for RSR downloads, CDs and vinyl!

Click here to shop for rsr t-shirts, hoodies and more!

Red Sea Radio formed in 2004, starting as a basement recording project between Jackieraye and Jeremy.  Drawing on Jeremy's experiences with electronic music during his college years in Bath, UK, RSR began by melding electronica with a heavy nod toward post-punk and New Wave of the 1980s.  The duo put out a self-produced demo called Goodbye Firefly in 2004.

After continued writing, the duo worked with producer Jason Rubal to release the 12 song album Old Toys in 2008, re-imagining some songs from Goodbye Firefly, and adding many more.  The record grew from their initial efforts by marrying live drumming (Travis Schell)  with sequences and samples, and spacious guitars played by Jeff Thompson.  To promote the new record, a remix of "I'm Still Breathing" was done by musician, producer and author Lol Tolhurst (The Cure/Levinhurst/Presence).

2009 saw the band playing their first live shows, incorporating material from Old Toys and Goodbye Firefly, with material they were working on as a five piece.  After some lineup changes and a break from music, a re-tooled Red Sea Radio performed an epic "Live at the End of the World" concert on December 21st, 2012, in Harrisburg, PA.  This line-up would go on to record 2014's When We Were Young, and the 2015 single "Ennui (It's Killing Me)".

2019 sees the release of the six track, album length recording Idle Birds in Limbo, available on disc, as a download, and on popular streaming platforms.